The Nightmare Before Diabetes 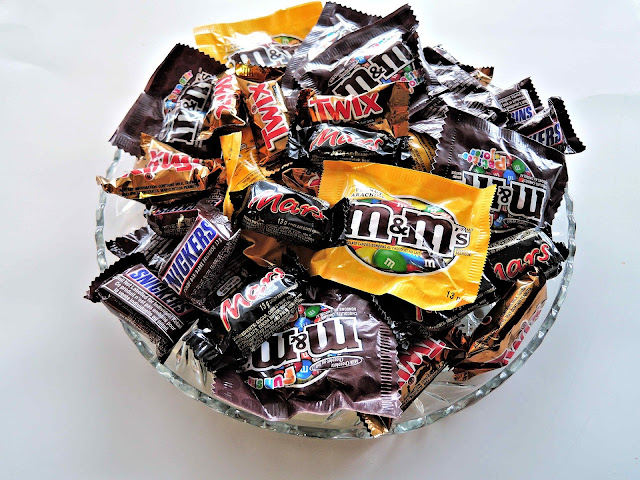 Decorating for Halloween and the celebration of “All Hallows Eve” has grown exponentially in the past few decades. Halloween has become the second biggest decorated holiday after Christmas.

I love seeing people’s houses decked out in terror, in the anticipation of the giant candy giveaway – “Trick or Treat” night.

There’s nothing better than seeing my neighbor’s house dripping in blood. It’s the time of year when not cleaning your house is acceptable. Dust and cobwebs can be called decorations.

It sounds cliché, but it is a different world now than when I celebrated Halloween as a child. I didn’t have a candy curfew. I didn’t venture out to collect my “Trick or Treat” booty until the moon had risen and the witching hour had begun.

I didn’t need to be accompanied by an adult to travel from house-to-house. I went with a group of friends or my older sister – who nobody messed with.

I didn’t only go to houses of people I knew; I went to all the neighbors’ homes, and then crossed over to other neighborhoods. My friends and I became a band of sugar-high gypsies trying to hit as many candy dispensaries as we could.

We were the Jehovah Witnesses of Candyland offering our open bags like a tattered Watchtower. We wanted to deliver the sweet sound of “Trick or Treat.” “Amen to fructose!”

Our bags were filled with full-sized candy bars. This was the era before the fun-sized bags of miniaturized candy. We drooled over the Hershey and Baby Ruth bars in anticipation of what goodness could be waiting for us behind door number thirty-nine.

There was no concern for childhood obesity. We’d arrive home with enough candy to open concession stands, and to provide a very Happy New Year to the family dentist.

We went to bed cuddling with our piles of high fructose crack, while the Juvenile Diabetes Fairy lurked around the corner with her fat ankles and cavity filled smile.

If we received an apple or an orange, it was a personal affront to our juvenile sensibility. “F… you Green Grocer!”  “There’s no fruit on Halloween night.” We would write off that house as a place to stop, and a vendetta was sealed.

A “Trick” was in store for the fruit-giving loser. We were the four-foot Godfathers of Jersey. You’d rethink passing out healthy snacks and ignoring the Halloween candy doctrine, after you woke with Chiquita Banana’s head in your bed.

There wasn’t a worry about receiving a razor blade in an apple or strangely colored (amphetamine) M&M’s. The crazies hadn’t started passing out treats yet. They were still locked in their houses, fogging up the windows, pressed to the glass, as they privately spied on the neighborhood kids in their costumes.

I knew which houses to stay away from. I heard the stories about the old lady that never took her winter coat off or the man at the corner who was married to his dog named “Mrs. Jones.”

Even if they were distributing their brand of crazy, the razor blade could go to my dad for shaving. The brightly colored M&M’s could be added to all the other diet pills my mom was taking.

My parents deserved a treat for giving me the costume to loot the neighborhood. I am sure that my parents kept a watchful eye on us, but I never felt their constraint as my sister and I stumbled in at 8:30 PM, arguing over who had more candy.

Without a neighborhood watch there was our version of a drone ­– the razor sharp heel of my mom’s shoe. The shoe could travel great distances, go around corners and open closed doors. It was a leather-covered heat-seeking missile, and it provided protection and a warning to anyone venturing into our air space.

Once home, we dropped our bags and quickly shed our costumes. This was before global warming was a threat. Our Halloween nights were cold. We were covered in thermal underwear or some other clothing underneath our costumes.

The heat built up from layers of clothing and synthetic costume material created a sauna. The plastic mask vapor locked our faces from the moisture buildup of breathing into it for three hours. My mom had a few minutes to peel off the masks and the clothing before we’d collapse from heat stroke.

We would unload our bags to see if we were happy with our night’s haul. The bartering began if I wanted to trade. There was always a delicate balance in the candy trading – the art of the sweet deal.

There were candies that had more prestige than others. They possessed a greater street value by the worth of their brand name or ingredients. Chocolate and nuts always trumped just a simple sugar product, so you had to know when to go for the two for one deal.

“I will trade you my Chunky bar for two packs of Lifesavers,” I’d urge my sister. She’d fondle her stash in contemplation of my offer. She was like Rumpelstiltskin admiring his gold. It was trade on the Wonka stock exchange floor where timing was important for each party’s satisfaction.

“It’s chocolate,” I’d squeak in my prepubescent voice.  She would finally agree and the exchange took place. I hated Chunky bars. Who wanted raisins in their candy bar? “Yuck!”

Halloween night would always end with chocolate smeared across my face and
pajamas. I made a list of all the candy I received comparing it with my friends at school – bartering did extend to the playground.

Also, the list served as an inventory control for any missing pieces that found their way into my parent’s mouths. No one was going to rain on my “Trick or Treat” parade.

My Halloweens are unique to me, but I’m sure everyone who has wiggled into a costume has similar recollections. I don’t get dressed up anymore. Looking in a mirror is scary enough.

The cobwebs are in my head and my frights come from American Horror Story. I will always love Halloween. It is the one day of the year when everyone can turn tricks without worrying about the vice squad. 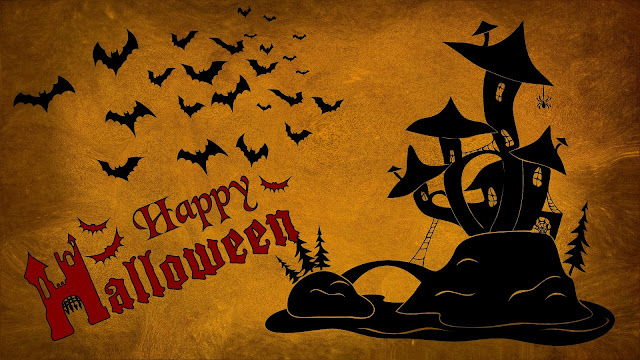