Search for a Rational Voice 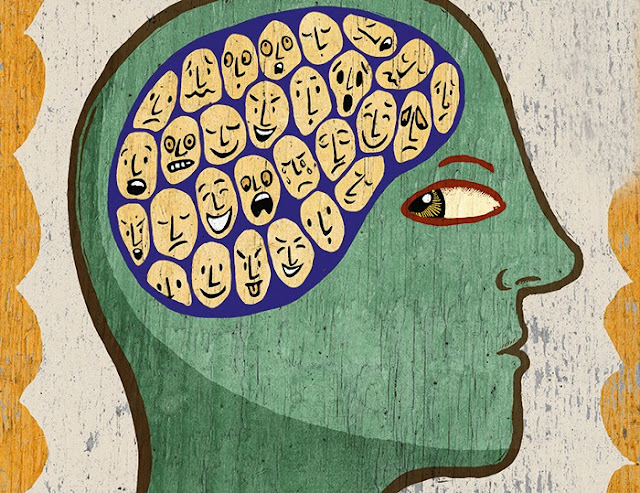 I believe I was born with social anxiety. I know we are supposed to think we’re born with a clean slate, but my slate had a few smudge marks. Probably my first thought after delivery was, “Everyone is looking at me. OMG I’m naked in a room of strangers. Hey, someone get a diaper over here. Don’t look at my folds and creases. God, already I need the Beverly Hills Nursery Diet.”  I had tiny baby hands and you know what that means.

That voice in my head started talking and the twenty-four-hour broadcast began. You understand what I’m talking about, because everyone has that internal voice going on constantly. Usually if you’re not affected by an anxiety disorder or depression, your inner voice lives with you in a pretty healthy relationship. It reminds you to get dressed in the morning, to get to work on time, to feel good about your daily achievements, and it tucks you into bed at night with positive words for the new day ahead.

If you have anxiety or depression the voice is completely different. In fact, most of the time the voice Is a nasty enemy that just wants to berate you and tell you how worthless and meaningless you are. It’s a voice that constantly judges you and wants to vote you off the island. It’s like you’re a designer on Project Runway who failed miserably with the recyclable bag challenge. You’re stumbling down the catwalk of shame and everyone is thinking that outfit is trash. The dilemma is that there isn’t really a horrible critic – it’s only the voice in your head that dominates you. My analogy to anxiety and depression is your head is an apartment complex where all the tenants hate the landlord. They moved in without your permission and you can’t evict them. There is a constant fight as they tear your property apart, and you start to believe you are a faulty construction.

Growing up I was often called shy, introverted or aloof. People who don’t know what’s occurring inside your head, can see you as being narcissistic. You appear to them concerned with your appearance, haughty or better than, but it is just the opposite. Inside, the voice is telling you everyone is staring at you because you don’t fit in, don’t look right, don’t act right; you have some type of social flaw.

At one time, I began to think I was a narcissist. A friend would kid me about always staring in mirrors to look at myself, but I never reveled in my appearance. I was consistently finding fault and hoping someday I’d look and find something to like. That’s where the difference exists between anxiety and narcissism. The narcissist thinks he or she is perfectly great they way they are; the socially anxious think they are never good enough. You feel anxious because of the voice that drones at you. “They’re looking at you and finding you lacking. You’re too fat, too skinny, too ugly, too awkward and should avoid the public.”

Anxiety makes you want to avoid social situations, because that is where the voice is loudest. It is much better to remove yourself than to feel your heart rate increase, your body start to sweat and your brain go into overwhelm. Panic attacks are frightening. Everything seems to be closing in on you and your view is from a fisheye lens with everyone looming.

Why would anyone want to put themselves through that? For me airports, public transportation and crowded shopping malls are places I try to avoid. When the anxiety starts and the voice begins its attack, I feel the need to escape, or I get aggressive trying to find some power in the situation. Telling someone to “get the hell out of the way,” never works as a crowd pleaser. 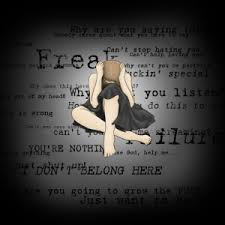 There’s also indirect aggression with a death stare. I’ve thrown more daggers than a sideshow act, and I have great aim. There’s no positivity in this and you’re left feeling defeated. The voice has won. You’re in that downward spiral that it loves to draw you into.

It’s exhausting to have a nonstop soundtrack of negativity inside your head. You become a petulant actor trying to hide the turmoil inside. There are brief periods when the voice can be quieted and those moments are glorious. These are times when you’re with people you love and in places where you find comfort.

There are ways to stop believing the enemy inside and to lessen the anxiety that builds. There is therapy, medication, and coping skills like Cognitive Behavioral Therapy (CBT). Helping one to cope with unhelpful thinking and behavior is the goal of CBT. It’s about silencing the irrational voice and finding a more rational one. It’s not an easy thing to do. If you’re enemy has become deeply rooted in your psyche, it is a fight to rip it out. It takes practice, commitment and realization that you don’t have to do it alone.

Every time I sit down to write, my voice tells me that I’ll never be a writer. I have no talent and no one wants to hear what I have to say. There are times where it stops my thought process and paralyzes my fingers. I have learned to be persistent and not let that voice overrule my reality. I’ve been published and have received praise for my words. Each action forward diminishes those thoughts. “Shut up voice, you’re the one without any talent. You’re afraid my success will shut you up.” 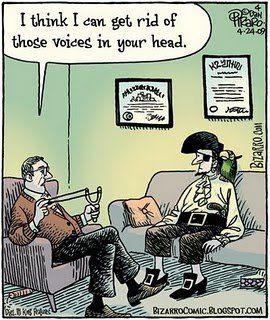 There’s still stigma with mental health issues, and people find it difficult to discuss. I have written about the stigma of mental health, and I still stigmatize myself. There are days when the nasty voice is at full volume and I hate myself. I need to find reason, and know that it’s the illness affecting me. I need to think of it rationally and ask “would I hate myself if I had diabetes?” They’re both illnesses, so why should it be any different?

By sharing my personal struggle, I’m working to expel the shame that I still carry. I can use my real voice to combat the crippling internal one. I want to promote understanding and provide education. I want people who deal with anxiety and depression to know the cruel nasty voice inhabits millions of us. Only when we share and become vocal can we diminish the voice inside.