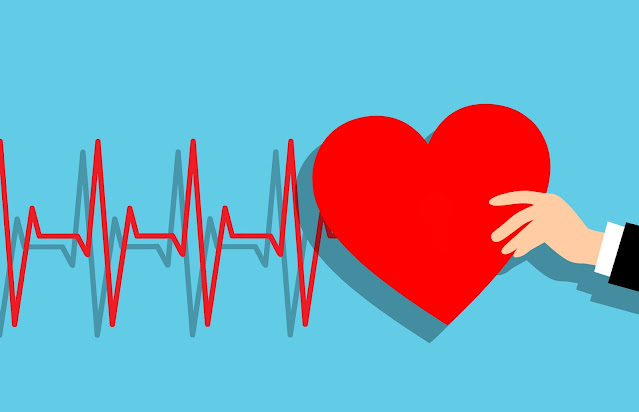 “Everything can change in an instant.”

“Things can change in the blink of an eye.”

We’ve all heard the quotes. Whether you’re into time, body parts or currency, chances are you’ll think or utter one of those at some point. When we reach the age of fifty to somewhere over the rainbow, most likely we’ll relate such a phrase to a health issue.

For some reason as we start to near the end of the age range chart we’re supposed to be in our “golden years.” I’m not sure what’s “golden” because everyone’s hair is turning sliver and their hips and knees are titanium. I guess we need to check with Dorothy, Rose, Blanche or Sophia. Just turn on the late-night Hallmark Channel they’re waiting on the lanai with cheesecake and answers.

My once busy schedule of partying at clubs, mall shopping with friends, and personal trainer sessions is now dominated with doctor’s office visits. My calendar is filled with “ist’s” dates —dentist, gastroenterologist, urologist, psychologist, nutritionist, and podiatrist’s appointments.

Let me see if I can fit in a haircut between a gum recession check and a colonoscopy. Late-night make-out sessions at the hot dance club are just hazy memories, Now, I’m getting felt up at 8:15 AM by my proctologist. “Bend over and cough,” is my new love language.

I’ve had mostly everything probed and prodded except for the most important body part— the heart. I’m definitely at the age when someone should take a look under the hood of the old Ferrari. Hey, I thought my engine was still purring along fine. Guess what? I’m not a good mechanic.

The cardiologist immediately wanted a baseline so he ordered a stress test. Whenever I hear test it means time to study. I needed to ace this thing like an Olympian. I bought new running shoes, dusted off the treadmill and got to work. I stressed about the stress test.

My intentions were top-rate but my time on the treadmill was minimal. My relationship with my treadmill is like a conjugal visit— I get on it when I can. Important life things got in my way. You know, other doctor’s appointments, lunch dates with friends, trips to Barnes & Noble and binge-watching Prime Video, Netflix, Apple+ and Hulu. An episode of The Handmaid’s Tale could do as much for my heart as a session on the treadmill.

The day of my test arrived. I tied up my new Hoka’s assured I’d be leaving the hospital with an A+ score. The first part of the test was a 2D echocardiogram. I laid on my side while a tech ran a special wand over my chest. It was a bit like being in the infirmary at Hogwarts.

I heard squishing noises and sounds like a Maytag agitator. I expected some “Ohhhs” and “Awws” of approval but the only thing I heard was my heart working. I guess this was a cardiac SAT. I’d wait for the results online.

The stress test was next. I was prepped in a room with monitors and a treadmill. Three nurses were present, one to check the monitors, one to take my blood pressure and one to watch General Hospital on her phone.

There were more wires hooked on me than the Rockefeller Christmas tree. I was put on the treadmill and advised the speed and incline would increase as the test progressed. A video screen was in front of me. I watched the tops of mountains and heavenly clouds drift by. I guess this is where I was going if I failed the test.

As I trudged along, the pace quickened. I was headed upward like a 737 during takeoff. The blood pressure nurse kept yanking my left arm checking the cuff and exchanging eye signals with the monitor nurse like a CIA operative. Something was awry. My blood pressure was dropping instead of rising. It’s not the way the physiology is supposed work. They stopped the test. “Oh no, I’m getting an F.” My feet were pumping but my heart was in spiral.

The nurse asked if I was dizzy— I wasn’t. I felt fine. My mouth was dry from the exertion. I was told to lie down on a stretcher. All I needed was a drink. Isn’t that why there are cup holders on treadmills? Just hydrate me. I wanted to yell, “Look bitches, I just scaled the Alps with the Von Trapps. Don’t make me call Mother Superior. Give me some damn water!”

So, I was a stress test flunkee. Then, my catheterization was a bust. Thankfully not of my arteries. It’s good they give you drugs before the procedure. When the doctor told me I had severe blockage, I was floating in the wonderment of gaining access to Cardiac Wonderland. An insurance paid trip through It’s A Small Bypass World.

In a matter of days, I went from needing a baseline to hoping I wouldn’t flatline. I immediately go to Google whenever I receive news of a medical concern. Knowledge is power or so I thought. WARNING! Don’t check out WebMD or any sites before a medical prodecure unless you’ve had a Xanax martini followed by a Valium chaser.

I scoured the internet relentlessly. I was Nancy Drew looking for that damn hidden staircase. All the information I read gave me visions of a Frankenstein operation. I pictured being strapped to a table with lightening flashing above me. A buzz saw grinding and my heart being batted around the room by a cattle prod. Yes, I have a wild imagination— I’m a writer.

I know it’s nothing like that or at least there’s no lighting. I now await a surgical consultation. It’s surreal to think the doctor could take a selfie with my heart. It’s helpful to look at the good aspects of surgery. I’m asking the surgeon if he can tighten up my man boobs and give me a Gucci zipper. My cleavage can be fashion forward. He’ll be working in the area, so why not?

I’m being positive. I have great support from family and friends. My heart is full— of plaque. I’m a survivor and I’ll make it. There will be a new me with a zipper and fantastic pecs.