The History Channel's on a Roll 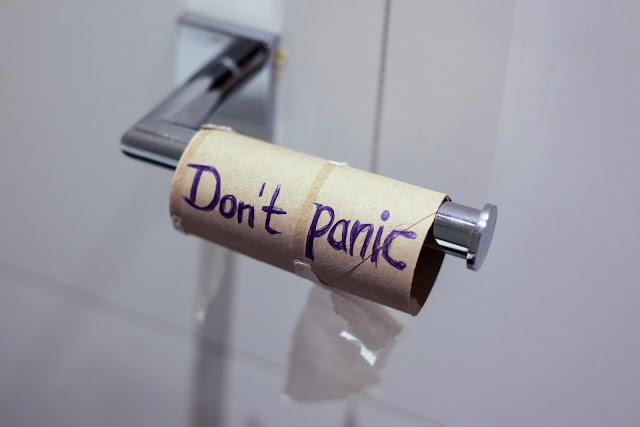 Lehrer informed a group of socially distanced reporters; the show was rushed into production to help people with the scarce household necessity during this terrible pandemic. “We have a huge duty to provide timely programming,” Lehrer said.

Hosts, Mike Wolfe and Frank Fritz, who have a knack for sniffing out family jewels, will hit the road in their 1985 Ford Econoline Van with a fire lit under their seats to search out toilet paper for desperate families.

Fritz joins TP Pickers after a career as a professional poker player. “I was known as the King of the Royal Flush,” Fritz said.

In teasers for the program, Wolfe can be heard yelling, “We’ll travel to every small town and bang on back doors until we find a roll.”

In the first episode, The Piles family from Butte, Montana, are in crisis after Taco Tuesday has left them with little resources for their south of the border.

Wolfe races against the clock after Fritz locates a 36 pack of Cottonelle at a Walmart in Wyoming. In a test of wills, Wolfe must navigate to Household Supplies before Anita Bidet, suffering from IBS, takes the prize. (Content Warning!) Bidet has a real potty mouth.

Wolfe and Fritz have traveled to all 50 states. “We’ve discovered brands and types of toilet paper I didn’t know existed,” Wolfe said. “We’ve bought unbleached, bamboo, recycled, hemp, and 16-ply quilted made by the Amish in Lancaster, PA.”

The Stoolman’s of Bucks County, PA had serious septic issues after using the Amish paper. “We needed to use industrial scissors to separate the sheets, and now every toilet is clogged,” Mr. Stoolman reported. “We had a dire need, but now we’re really in deep dodo.”

The show’s production company has relocated the Stoolmans to a nearby Motel 6 after their property was condemned.

“Our goal is to wipe out this crappy situation for people in need,” Wolfe said.

TP Pickers first episode will air on the History Channel on April 1st at 8 PM. Check your local cable listing for further information.