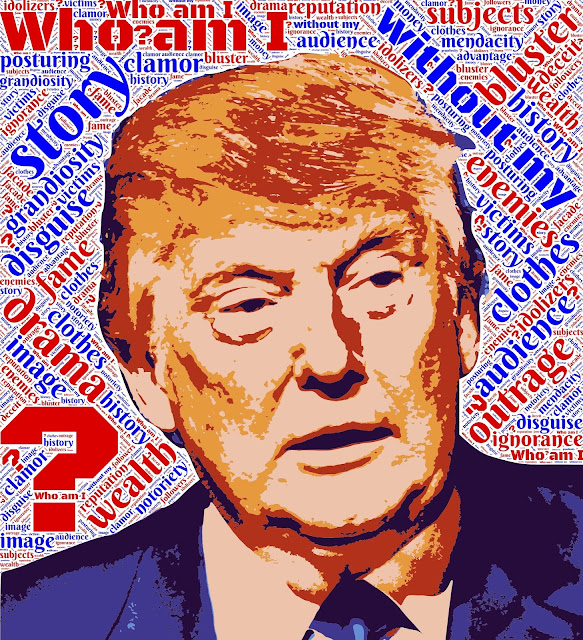 Washington, D.C. - According to our whistleblower, Trump summoned his defense team to the White House Friday night as his historic impeachment trial nears its inevitable conclusion.

Trump fumed over slumping ratings and the fact that more households had tuned in to watch soap operas. The conservative Media Research Center has called it a “ratings disaster.”

Earlier in the week, after finding out the Nixon Watergate Hearings had higher ratings, Trump ordered the Thanksgiving turkey Butter, whom he pardoned in 2019, be brought back to the White House. Butter was unpardoned, deep fried in Dunkin Donut oil and served with a side of KFC mashed potatoes.

Later, he was seen waving a turkey drumstick at a Tomb Guard in Arlington Cemetery demanding to be given the name of the Unknown Solider.

At the late-night meeting, Trump told his lawyers the trial was the “best impeachment ever,” and that all shows should be suspended while the proceedings are being broadcast. Jay Sekulow, Trump’s private attorney, informed the President that lengthy sessions were not holding the nation’s interest.

“My impeachment must be the highest rated TV show ever! Bigger than that slave sitcom “Roots” or Abraham Lincoln’s Gettysburg Address. It’s about me!!! Who wouldn’t want to watch my newest show?” he screamed, right before an aide had to administer the Heimlich to dislodge a McNugget stuck in his throat.

Sekulow told Trump the low ratings were a positive sign that Americans weren’t interested in the Democrat’s political theater.

“There will never be anything low associated with the Trump name except some low morals, low expectations and Eric’s low I.Q.” Trump said.

“People will tune into to watch the biggest group of the best celebrities assembled by me. Such big talent. They can sing, dance and tell jokes. No one will listen to Shifty Schiff when Carrot Top takes the podium.” Trump reported to the group of stunned lawyers.

Alan Dershowitz asked for clarification of Trump’s proposed defense plan. “You’ve got no audience appeal. People of your faith get low ratings. Perry Mason wasn’t Jewish. I need stars who get high ratings.”

Pat Cipollone, White House counsel, informed Trump that the impeachment was entering its final phase and they’d completed their defense. “It’s over,” he advised.
“You guys barely made it through the first season, so you’re all fired. Season 2 – Celebrity Impeachment will have ratings so high that they won’t be able to be counted. Like into the trillions – which is a very big number.”

“Mr. Trump there isn’t going to be a season two,” Cipollone advised.