The City Needs a Nap 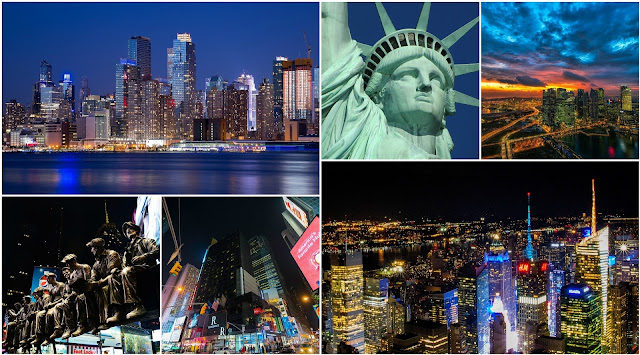 New York, New York… Sounds so nice they named it twice. Not really, when you’re there you have to repeat it, because it’s noisy, overcrowded, and no one can hear you.  Mid-town Manhattan streets are cavernous canyons of cacophony.

Try a leisurely stroll through Times Square to take in the sights. It’s impossible. You’re fighting a swarm of people who are coming at you from every direction. “Watch out!” Tourists are stopping to have selfies taken with a Super Hero, a Disney Princess or a Giant Muppet.

It’s mass confusion and sensory overload. I need Xanax and a horse blinder so I don’t have a panic attack. I try to enjoy the arts and entertainment that New York has to offer; it’s just the city gets in the way.

I just spent several days in Manhattan and I’m exhausted.  It wasn’t that I had a hectic schedule, I just get drawn into the nonstop manic pace. The sidewalks are filled with gawkers, stalkers, lookers, hookers, offenders, street vendors, and that’s just in front of the Port Authority.

It truly is an amalgamation of languages, cultures, religions, incomes and Falafel carts. It’s said that New Yorkers are rude, loud, pushy and over-worked.  Stereotypes are timesavers, but I know they’re not completely true. I do believe all Manhattanites are tired. How could you not be living in a city that never goes to bed?

There’s constant action and no dimmer switch on the lights in Times Square. They call it “The City that Never Sleeps.” There are various explanations why it gets the moniker. There is only one real reason though, and it’s Lady Liberty herself.  Yes, folks, since 1886 this plus-sized woman has been shining her torch over the city.

She was given her own private pad on Liberty Island to reside. Here the official hostess of the United States has been busy greeting immigrants into New York Harbor. She’s been holding a torch for the city way too long.

No wonder the city is up all night. She needs to sit down and put that light out. She’s already wearing a nightgown, so why doesn’t she give it a rest? In fact, I think “Lady L” needs to wade her way into town for a makeover.

I hate to break it to her, but that crown is so 1900’s.  Immigrants aren’t arriving by boat anymore. She could take a long weekend to modernize herself. Has girlfriend looked in a mirror lately? She’s a little weather worn and “green around the gills.”

A trip through The Red Door at Elizabeth Arden and some shopping at Saks would certainly help. A nice pantsuit seems appropriate for a woman representing the U.S. She has to promise to get rid of the torch and buy something new to read.

That book she’s been carrying around has a publication date of 1776. Either she’s a really slow reader or she needs an Amazon Prime membership. Let’s buy her a book light or better yet get her a Kindle.

We all want Miss Liberty in the harbor as an iconic figure for the country. She just needs to adjust her work schedule. She’s getting up there in age and needs to slow down. Please “Lady L”, try some meditation – the city needs a nap.