Marriage Equality - A Reflection of Change 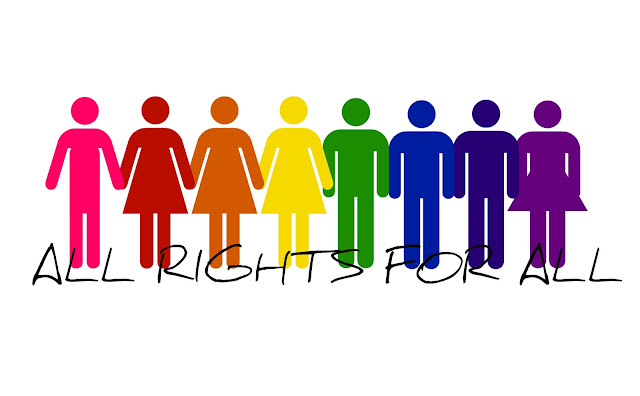 June 26th, 2015 is a historic day for marriage equality and gay rights. I contemplate the news that gay marriage is now legal in all fifty states, and think about the changes I have seen in my lifetime.

I remember being a child and hearing slurs and derogatory statements about queers and fairies. The harsh words instilled a belief in my impressionable mind, that being a homosexual meant you were mentally ill and perverted. The messages were clear; if you weren’t attracted to the opposite sex you were far from normal. People were persecuted for their sexuality.

Men and women went into loveless marriages and led secret lives hiding their true identities. No one spoke of gay rights in my small town. All I knew was being labeled a fag meant being ostracized by peers, and you wore a mark of shame.

At home, I felt secure and free to express myself. I had parents who were non-judgmental and loved me for me. I only felt different at school where I was harshly judged, and told by bullies I acted like a girl. Negative comments took pieces of my identity away. I hid self-expression in public. Naturally an introvert, I became more withdrawn. I existed in a bubble of solitude – never wanting to be me.

Once, I remember an uncle telling me I should spend more time outdoors doing boy stuff. What did that mean exactly? Wasn’t making tents out of blankets in the house, and reading library books boy stuff? I was a boy and I was doing those things, so what was the issue? I felt being me was wrong.

There were many times when I questioned, “Why do I have to be different?” It was a lonely existence as a child and teenager. I’m sure anyone growing up gay in this time period had issues with identity and sexuality. I handled it in my fashion. Feeling embarrassed by who I was perceived to be is a difficult thing, but somehow I had strength deep inside to know the struggle was worth it.

As a recent anti-harassment campaign states, “It Gets Better.” For me, as I reached my 20’s, I realized that there was a community I could reach out to. I didn’t need to feel alone. While I became more secure with myself, there still was discrimination, hate and exclusion to handle. The AIDS epidemic hit and a new wave of homophobia crashed into the media. As the deadly virus spread, it was labeled the “Gay Disease.”

Activist groups such as ACT UP were formed and, like Stonewall, the gay community fought back to demand equality and proactive legislation to fund research for a devastating disease. Gay activism expanded and spread across the country to more than just major cities. The presence of the gay and lesbian community was gaining attention.

When movie heartthrob, Rock Hudson, died of AIDS, a new conversation about homosexuality began. Elizabeth Taylor co-founded the American Foundation for AIDS Research (AMFAR), and became an advocate for finding a cure, and supported the gay community. Celebrities and athletes began coming out of the closet to provide honesty in their self-expression.  Movies, books and TV shows began to include gay characters that weren’t the stereotyped images previously seen.

Mainstream America slowly was showing more tolerance and acceptance. There was open acknowledgment of gay family members, relatives, friends and neighbors. Rainbow flags, that were originated in the late 70’s, as a symbol of LGBT pride, began to be recognized across the country. The colors represent diversity and have become an image for equality. 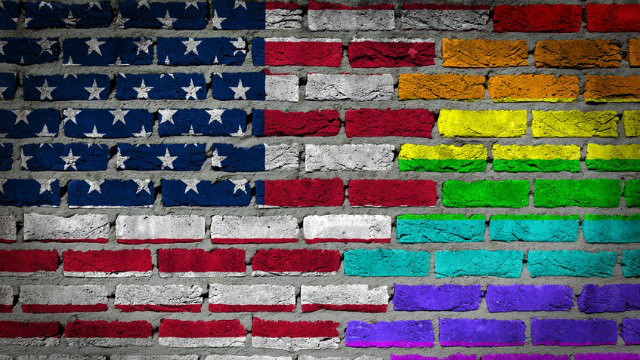 As I watched CNN on Friday and saw the rainbow flag being waved in celebration on the steps on the US Supreme Court, I felt deeply moved, and thought how far the country has come in the acceptance of the gay community. According to surveys, 60% of the country approves of marriage equality. The number speaks volumes for a change in the population’s consciousness. Many people realize that “live and let live” is an idiom of truth.

The rational, thoughtful person recognizes that being gay is not a choice. I didn’t ask or choose to be gay – I just am. It is as much a part of me as my blue eyes. As Lady GaGa sings, we are all just “Born This Way.” To all those haters out there – there is no giant gay pink wheel we spin to choose who we are going to be attracted to or love.

Every citizen deserves equal rights as per the 14th Amendment. The Supreme Court has realized that under the US Constitution it isn’t about “straight marriage” or “gay marriage” – it is just “marriage.”  Everyone who is recognized as a couple in marriage, under the law, should have the same rights.

The fight against opposition will continue as right-wing conservatives rage about “God’s wrath” coming to America because of gay marriage. I guess they don’t realize that Canada, France and Ireland already have marriage equality. I haven't seen these countries face Armageddon. The frightening part of all of this hate speak is that it comes from people like Ted Cruz, Mike Huckabee and Rick Santorum who want to run for president.

Do we really want someone in the White House who is going to demonstrate their bigotry, homophobia, and hate by pushing what they call “good Christian values?” They hide behind the bible and religion to spread their poison. Unfortunately, the narrow-minded listen to these public figures and join in their in oppression.

Their outrageous comments and beliefs are featured here.

The naysayers believe that this is the end of the country, as we know it, but is that a bad thing? Change always comes with resistance - like the abolishment of slavery and the Civil Rights Movement. The change can be painful and some people never want to change.  This is evidenced by the racism and prejudice that still exists today. But for all the issues that remain, strides have been made and change needs to continue. Activists that challenge the system need to continue their actions and keep their voices strong.

I can be hopeful that the ostracism I felt growing up will be different for new generations. On the news, I see a straight teenager invite his gay best friend to the prom, and I feel hope.  Transgendered individuals gain media coverage, and I feel hope. Marriage Equality wins the vote in the Supreme Court, and I feel hope.

I can tell everyone that it does get better. Diversity and acceptance of individuality is being celebrated. It isn’t without its roadblocks and it’s not utopia, but on the evening on Friday June 26th, I watched the country light up in the color of the rainbow. For that moment, everything was wonderful and I felt a sense of belonging that I had never felt before. 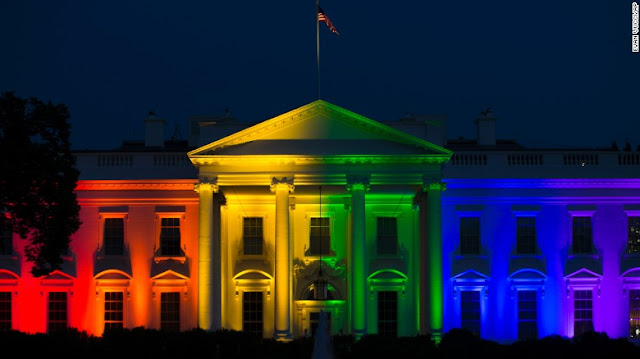