The King of Costumes


When Halloween draws near every year, I think of my grandmother.  It wasn’t that she was a cackling, hump-backed witch or shaped like a fat pumpkin. My grandmother was a small woman with graying hair and bifocals, a typical grandmother image. She was “Nana” to the family. There were no casting of spells or broom riding over the harvest moon. That’s not why she comes to mind. It’s the fact that she made Halloween a special holiday for me.  You see, in my neighborhood my grandmother made me a costume connoisseur. 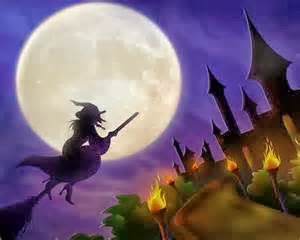 Every October, all my classmates rushed to Woolworths to select their Halloween garb. You might remember those rows of costumes with the brightly colored masks peering from the cellophane window on the box lid.  These types of costumes make every child look like a cardboard cutout of their favorite cartoon character. If I wanted to be Batman, I wanted a real utility belt not a stamped on flammable material version. Remember this was the 60’s, so a swipe of costume fabric across a lit jack-o-lantern, or a flicked cigarette from a passing car, and I could go from Batman to Flaming Torch Man. 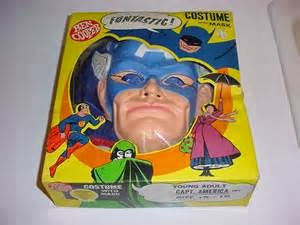 While my friends were busy fighting over the last Superman outfit on the shelf, my grandmother and I were busy creating a special homemade costume. My grandmother lived with my family as I grew up, so she was always around for those special occasions. “What’s it going to be this year?” she would ask as she oiled her old Singer sewing machine. This black and gold monstrosity had more miles on it than the family Volkswagen. My grandmother’s talents as a seamstress made my costume ideas come to life with style. No off the rack for me, it was special Halloween designer originals. 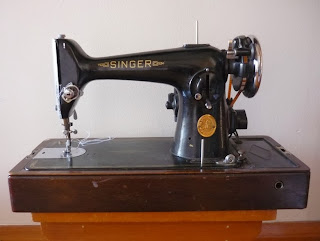 A ghost with rattling chains, an ugly witch with a tattered broom, a clown with a patchwork jacket or an elf with turned-up shoes – every year my creativity had no limits. I would decide what I should be for a particular year, and a whole process would begin.


My grandmother would disappear into a huge closet in her bedroom, and she would go on an expedition to find the right materials. She would extract a large bundle of fabric remnants all folded neatly into a pile. The bundle was a rainbow of colors and textures. There were multi-colored checks and plaids, soft toned velvets, corduroys, linens and brilliant cottons. I’d examine the fabrics like Ralph Lauren preparing for his new fall collection. 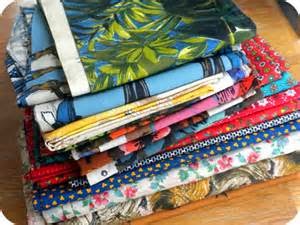 “I want to be one of Santa’s elves,” I said. Suddenly, grandmother would display a yard of green cotton, as if she knew what idea lurked inside my mind. She had the skill of knowing just how to create the perfect ensemble. Not too many people wanted to try and delve into my overactive imagination, but she certainly had a way of figuring it out.


Grandmother never purchased a pattern from the store instead she made one herself.  My friends would be running through the neighborhood playing tag and kickball, while I was dashing around the house with a paper cutout of my costume pinned to my back. “Come back here, so I can measure your arms” she’d order as I ran from window to window. I wanted to be outside in the crisp fall air, but I never complained. My costume was important to me. 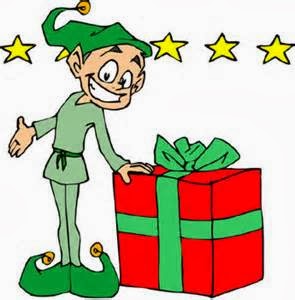 Every detail was given attention when Nana Chanel created a costume. She put black lace trim on the witch’s costume to add dramatic flair. She sewed bells to my elf costume to add a festive feeling. These finishing touches made a child’s dream a reality.


“I need shoes with turned-up toes, if I am going to be an elf,” I told her. Without a moment’s hesitation, she bought felt and tore apart old bedroom slippers to make shoe soles. Within a few hours, grandmother had fashioned a pair of green felt shoes that any elf would be proud to wear. Improvisation was her forte. 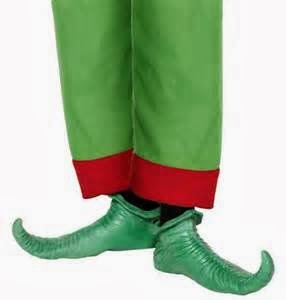 “What kind of costume are you wearing this year?” the playground hecklers at school would inquire. “He’s too good to wear a regular costume,” some wiseass would say. I never thought I was better than anyone else. I was just lucky that I had a grandmother who could sit at her sewing machine and create outfits that made other kids envious. I enjoyed the mystery of making everyone wait to see what I would be that year. I was Cinderfella arriving at the ball. The unveiling always came at the Halloween party at school.


For me, waiting for Halloween to arrive was like every other child anticipating Christmas. The day would finally come when I would return home from school and my mom would say, “Nana is upstairs waiting for you.” I’d rush to her bedroom to find my costume completed and laid-out upon her bed.


There it was in its entire splendor.  In that moment, I could hear the jubilant Hallelujah Chorus, as I gazed upon my Halloween costume.  It was first-rate Nana couture – an elf costume with a pointed cap, a shirt, a pair of knee length pants and green felt shoes all adorned with jingle bells. There was even a pair of pointed elf ears and emerald green leotards that my grandmother had purchased at Bowen’s Variety Store. Bowen’s was a local store that was the place to go for all Halloween accessories during the season.  I was “Elf” long before Will Ferrell came on the scene. 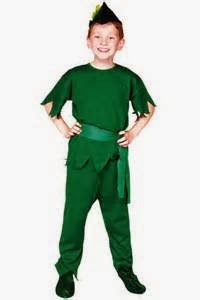 I would hold up my costume and smile with pleasure at another creation well done. “Oh Nana, it ‘s the best costume ever,” I would say. “Until next year,” she would reply with a wink of her eye.


On Halloween party day, I was the happiest child in my grammar school. I marched proudly in the Halloween parade that my school held in the neighborhood. I never won a prize, because the teachers would always guess who I was, because I stood out from the rest of the crowd. My costume was unique; it was homemade. Once or twice a newcomer to the neighborhood would ask as I strolled down the street, “Who’s that?” “That’s the King of Costumes,” a knowing parent would reply.

My grandmother died many years ago, and the sewing machine is gone, but I realize why my homemade costumes meant so much to me. Every year, I became a true individualist. I learned how to stand out in a crowd, and that being different from everyone else was something good not bad.


As an adult, I was still was bitten by the Halloween bug, and I liked to wear a costume and join the party. I never rented or bought a costume. I always improvised and sometimes with the help of a friend’s mother with sewing skills, I had costumes made. I have been a cat from the musical Cats, a hooker cheerleader, Tina Turner, Patsy Stone from Absolutely Fabulous and the Phantom of the Opera. 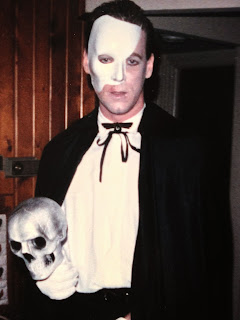 I don’t know if my grandmother would have approved of all my costume choices, but I know she was smiling down on me, for the creativity used to create those outfits. I finally even won a prize the year I was Tina Turner, so I felt redemption for all the times in grade school they guessed who I was, because of the homemade costumes. 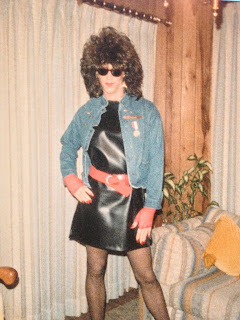 I love Halloween for all the scary, spooky nuances, but mostly I like all the memories that special holidays bring. I remember the past and all those valuable lessons about being an individual that were sewn into my childhood costumes.